Though I haven’t been the most effusive in reviews of your books in the past, I admit that you are one of my go-to authors. Your books are easy, sexy reads and almost always seem to hit the right spot. There’s a certain suspension of belief required to enjoy the books, but I do enjoy your Sullivan novels and they seem to improve as the series goes on. I mean this in a complimentary way when I say that you excel at the saccharine-sweet plots. Your edgier works, however, do not move me.

I recently went through a reading spree of the ones I had missed and thought I would review them here. I read them out of order, so I’m reviewing them that way. They all stand alone and do not have to be read in order. 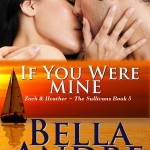 If You Were Mine – The Sullivans, Book 5. This is the story of Heather the dog trainer and Zach the auto-shop mogul Sullivan. I thought the set-up was overly cutesy – Zach has to puppy-sit for two weeks and hires Heather to train the dog. Yet for some reason, it worked incredibly well. It gave Heather the power in the relationship despite Zach and his pots of money, and she called the shots the entire time, leaving Zach scrambling to try and get her to reciprocate the attraction he was feeling. The storyline is simple and heartwarming and even the dogs are charming. Like most Andre books, when the characters eventually sleep together, there is a lot of steamy sex. There’s some emotional baggage that separates the characters for a short time, but the thing I like about the Sullivan series is that the characters are never so unhinged by their emotional issues that it derails the romance. I enjoyed this book so much that I went out and immediately bought the Sullivan books I had missed. B+ 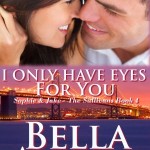 I Only Have Eyes For You – The Sullivans, Book 4. Sophie Sullivan and Jake McCann. Another pleasant, easy read. In a family of superstars, Sophie is the only one with a normal career. She’s a librarian. Jake McCann is a family friend who runs a chain of pubs. They share a romantic night at Chase and Chloe (the couple of book 1)’s wedding, and Sophie ends up pregnant. When she tells Jake, he demands a week of her time to prove that he will be a good father to her and the child. This story was sweet and I really enjoyed Jake as an overbearing, overly-attentive hero doting on his pregnant lover. What I didn’t enjoy was how long the Chase and Chloe wedding dragged on and how it felt like a billboard advertisement for your other books in the series. Every character had to give a speech at the wedding, and a run-down of their career and hang-ups, and it felt like too much. Also, every time Sophie mentioned that she would buy someone an e-reader because they were so wonderful for readers, my eyes rolled. It felt more than a little blatant. Despite this, I enjoyed the book. I give it a B. 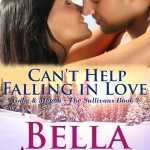 Can’t Help Falling In Love – Book 3 of the Sullivans. Megan is an accountant and a single mom. Gabe is a sexy firefighter. When Megan’s apartment building catches on fire, Gabe saves Megan and her daughter Summer, and from there, the attraction continues. Megan resists Gabe because he has a dangerous job and her deceased husband was a thrill seeker, so she wants someone stable in her life. Gabe resists Megan because she was someone he pulled out of a burning building, and that meet-cute has ended in disaster for him in the past. Luckily, these two have overly-precocious seven-year-old Summer to force them together at every turn. This was compulsively readable, though I did keep wishing Summer would go away and these two would wise up to their attraction. B- 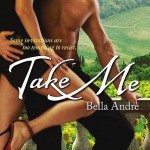 Take Me – Terrible. Not a Sullivan novel, but one of your New York published books. This features Lily Ellis, a size sixteen redhead who works at a low-end furniture store despite having a background in interior design, and Travis, who is an alphahole. They have known each other since childhood and Lily has always wanted Travis but he’s never looked at her because she is plus-size. But after she models a sexy dress in a plus-size fashion show, they sleep together. Later, they go to Italy together. I disliked both of these characters in an extreme way. Lily is constantly degrading herself. She has a loser job. She’s fat and disgusting. No man will want to look at her because she is so revolting. Why does Travis want to sleep with her? This got tiresome fast. To make matters worse, Travis is a creep of an extreme degree. He’s boorish, unpleasant, and arrogant. He only sees Lily as a sexy piece. I think the reader is supposed to wait for both of these two to have a turnabout, and for Lily to come into control in the relationship, and Travis to turn into a human being. But at 50% through this book, I was done. DNF. If this would have been my first Bella Andre read, it would have been my last.

This is a mixed bag of grades, but I must say I’m looking forward to the final three books in your Sullivan series. I’m going to avoid your traditionally published books, however.