The DA Intro Interview is run by the Fabulous (with a capital F) Alyson H. Good interviewing is a real skill and one that Alyson H has and employs for the benefit of Dear Author.

This week, Romance Writers of America will hand out the RITA awards, recognizing excellence in romance fiction in a number of categories, including the work of eight authors who debuted in 2009. We've got them all right here in a special two-part series. Today they'll be talking about their nominated books, so if something intrigues you, leave a comment-‘there are giveaways to be had!

First, a genre rundown, along with the opening line of each book- 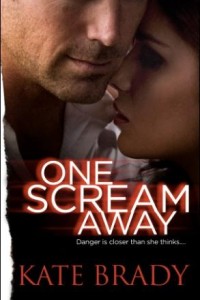 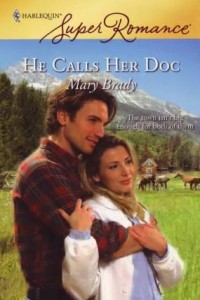 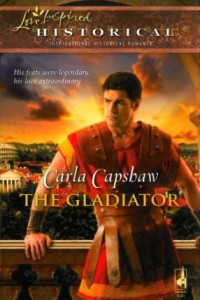 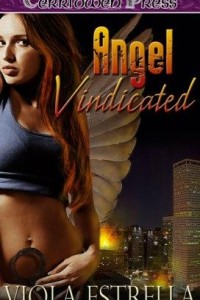 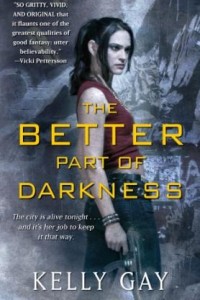 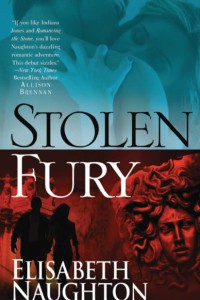 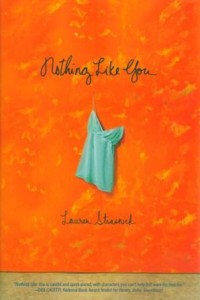 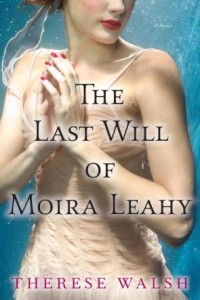 Angel Vindicated, by Viola Estrella (urban fantasy): Some of my fellow Angels find it hilarious that my middle name is Virtue.

The Better Part of Darkness, by Kelly Gay (urban fantasy): “You told a two-thousand-year-old oracle to prove it.”

The Gladiator, by Carla Capshaw (historical/inspirational): “Look around you, Niece. The gods are punishing you.”

He Calls Her Doc, by Mary Brady(contemporary/category): Maude DeVane, M.D., bypassed her crisp white lab coat and slipped on the one with a couple of badges of courage stained faintly into the fabric.

The Last Will of Moira Leahy, by Therese Walsh (something of a genre-blender-‘paranormal mystery romance covers some of it): I lost my twin to a harsh November nine years ago.

Nothing Like You, by Lauren Strasnick (young adult): We were parked at Point Dume, Paul and I, the two of us tangled together, half dressed, half not.

One Scream Away, by Kate Brady ( romantic suspense): A chilly night with just a wedge of moon, mist brewing on the water and congealing in gullies.

Stolen Fury, by Elisabeth Naughton (romantic suspense): The floor was still at least twenty feet below her.

Mary Brady A doctor in need of healing.

The original triggers or inspiration points for the story:

Therese Walsh : I'd already completed one version of the story, attempting a pure romance. But it wasn't pure: There was this twin sister and Javanese keris and- One agent, Deidre Knight, suggested I should be writing women's fiction; the relationship between Maeve and Moira Leahy was the true heart of the book. I knew she was right, so I tossed all but two scenes and started over. (Part of Deidre's letter here: http://www.theresewalsh.com/Author/QA__answer10.html )

Elisabeth Naughton: I love stories about ancient treasures and constantly read updates on what's being unearthed online. I remember reading something about a Mayan tablet of an ancient goddess being found and thought, bingo. Because I've always loved Greek mythology, I knew I wanted to write a book about something Greek myth related, but the Mayan tablet gave me the spark I needed to put Stolen Fury in motion.

Kelly Gay: I wanted to explore the idea of a very capable police officer living in an urban fantasy world who has a complex personal life, dealing with an ex-husband and being a single mom to a pre-teen daughter.

Kate Brady: The idea that a woman must overcome the worst life can offer and then singlehandedly face down a killer in order to protect her child, and that the antique dolls in her hands each represent a dead body-‘including hers.

Carla Capshaw : I wanted a hero with a pet tiger.

Mary Brady: The Big Sky country of Montana makes my jaw drop and I always want more, so I put my version in my books.

Lauren Strasnick : Narrator, Holly, sits in the school library book stacks reading from Mexican Cooking Made Easy. Friend Nils approaches, says, “Have you gotten to the part about the measuring cup?”

Elisabeth Naughton: My favorite moment in the book comes about halfway through when Rafe realizes Lisa's safety means more to him than his own. Considering he lied to her, seduced her, drugged her and stole from her, that's a heady moment for my thief hero.

Kelly Gay: The introduction of Rex has to be my favorite moment in the book. He wasn’t planned at all; just appeared out of nowhere, surprising even me.

Kate Brady: When Neil, the hero, comes face to face with the villain for the first time.

Viola Estrella: My favorite line: Damn. I really needed to add more cheesecake to my diet.

Carla Capshaw : When Caros has to admit that he went way overboard in his attempts to make Pelonia jealous.

Mary Brady: When Guy realizes Maude is not his enemy, he says, “I wanted to think you were the bad person in all this. It seemed like such an easy solution. Cut you out of the equation and everything would be okay.”

Therese Walsh : One image: the twins, dancing together, in the water. Saying more would give away one of the story secrets, but it was my guiding-light scene as I rewrote the book and fully explored Moira's story, and is my absolute favorite.

What your heroine does for a living:

Kelly Gay: She's an officer with the ITF, Integration Task Force, a law enforcement branch that polices the off-world population in Atlanta.

Kate Brady: She's a researcher for an antiques firm, appraising a set of dolls.

Mary Brady: She's an M.D. trying to live up to the respect the townsfolk gave to the “Doc” she is replacing.

Therese Walsh : She teaches foreign languages at a university in upstate New York.

Best thing about your hero:

Kelly Gay: Charlie's dedication to her family. She always tries to do what's best for them. She also has a lighter side; I like that she and her partner aren't always "doom and gloom'.

Kate Brady: He's flawed. He's too rough, too hard, too intense, and too scarred, in more ways than one.

Viola Estrella: I have two heroes actually. (Hey, it's Urban Fantasy. Why not?) Simeon is hot, mysterious, and persistent. Judd is funny, loyal, and protective.

Carla Capshaw : His ability to be kind even after the horrific life he's lived.

Mary Brady: He's a man, but he can learn. Sorry, did I say that out loud? I mean, he can realize he's wrong, even if grudgingly at first, and then laugh at himself and use his new knowledge to evolve. Oh, sorry again.

Therese Walsh : His accent. His ultimate patience. And he looks like Jamie Durie. [Link: http://www.ecollo.com/image.axd?picture=JamieDurieSixPack.jpg ]

Elisabeth Naughton: He may be a thief, but he's got a heart of gold. And it doesn't hurt that he's sexy as hell.

An unexpected research detour you made while writing the book:

Kate Brady: The research on the dolls was started years ago, but I didn't realize it: I used to work for an antiques firm and spent weeks one summer helping catalog a set of nineteenth-century dolls.

Carla Capshaw : I got to go to Italy for three weeks.

Mary Brady: I needed to “torture” a middle-aged, unmotivated CEO, so I learned about zip wires and put her on one until she screamed.

Therese Walsh : Haha. The entire book was a research detour. I had no intention of including a Javanese keris (a wavy bladed dagger) in this story, but it found its way into the first scene and took over from there.

Elisabeth Naughton: Every bit of Greek mythology research I did for Stolen Fury was a major detour. I'd planned to simply research the Three Furies for the book, but got caught up in the stories of Ancient Greece. All wasn't lost, though. I've been able to use a lot of that research (and plenty more) for my new Eternal Guardians Series.

Kelly Gay: Does making nachos count? There is nacho-making in the book, so I think that counts. Definitely.

Viola Estrella: Any and all fan mail is greatly appreciated and cherished.

Mary Brady: It's all “favorite” fan mail. Every reaction says something I can either preen to or learn from.

Therese Walsh : Someone told me that this book literally saved her life when she was depressed. Another reader told me about a terminally ill woman who read the book shortly before she died who “loved it.” That's what it's all about.

Elisabeth Naughton: The first time a reader told me they stayed up until four A.M. reading my book was an exciting moment, but the best was when a reader emailed to tell me my book helped her recover from surgery. Having been through my own hospital recovery, I know how hard that is, and it was great to hear that I was able to help someone through such a tough time.

What's coming up next from you?

Mary Brady: A Promise to a Boy, another Harlequin SuperRomance, comes out in February 2011, followed by another in August. Both of these books take place in the same small fictional town of St. Adelbert, Montana.

Therese Walsh : I'm working on my second novel in a two-book contract-‘another book about sisters and journeys and love, with a hint of magical realism.

Lauren Strasnick : Another book with Simon Pulse, Her and Me and You, out October 5th. First love! Broken friendship! Twins!

Elisabeth Naughton: My new paranormal series, the Eternal Guardians, started in May with the release of Marked. The series is centered around the heroes from Greek mythology and what the world would be like if their descendents walked among us. On July 27, 2010, the second book, Entwined, hits store shelves.

Kelly Gay: The second Charlie Madigan novel, The Darkest Edge of Dawn, releases Aug. 31, 2010. And I have a new YA novel, set in a post-apocalyptic New Orleans, out from Simon Pulse in Feb. 2011 under the name Kelly Keaton.

Viola Estrella: I'm writing a paranormal romance which has elements of my first two published books (Bewitching You and Angel Vindicated). Angel themed but more of romance-centric and written in third person. I'm really excited about this project.

Janine's review of Walsh's The Last Will of Moira Leahy

Jayne's review of Mary Brady's He Calls Her Doc

Jane's review of Kate Brady's One Scream Away

Jayne's review of Capshaw's The Gladiator

Kelly Gay's The Better Part of Darkness on GoodReads

Got a favorite? Found something new to add to your buy list? Let us know-‘you might win a book!