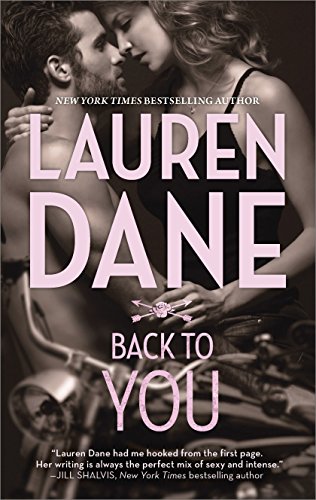 What won’t he do for a second chance?
Former model Kelly Hurley has finally put the ashes of the past behind her. After a passionate but turbulent marriage to rock star Vaughan Hurley that ended in heartbreak and divorce, Kelly rebuilt her life in Portland, where she settled so their two young daughters could be close to their father. Just not so close Kelly couldn’t truly make her own way without interference from the man who shattered her heart. Now Kelly’s finally ready to move on, and she’s planning to marry another man.
But not if Vaughan has anything to say about it.
Vaughan knows he was a fool all those years ago. A young, selfish-and prideful-fool. Even as he buried himself in the fast, decadent rock-star lifestyle, he could never drown out the memory of Kelly’s beauty and love. Or the sweet, searing heat whenever they touched. For years, he’s had to deal with the pain of seeing her only because of their daughters, but it was never enough. Now Vaughan must prove that he’s the only man Kelly needs, before he loses her for good. And there’s only one way to do it? 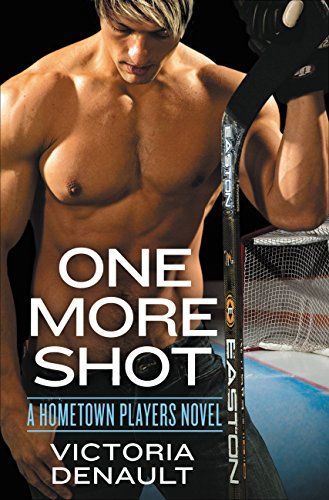 One More Shot by Victoria Denault $ 1.99

From the Jacket Copy:
They say you only get one shot at making your dreams come true.

Jordan is determined to take two.

Drafted by the NHL at eighteen, Jordan Garrison was headed for fame, and there was only one person he wanted to share it with-Jessie Caplan. He was crazy in love with her, and had finally told her so. They shared an amazing night . . . and then everything fell apart.

Jessie tries not to think about the night she gave herself to Jordan-or how he broke her heart. She tries not to think about it, but she does. Especially now, when she’s staring into his sky-blue eyes for the first time in six years. After so much time and torment, she can’t tell if she loves him or hates him. But Jordan has learned enough to know a connection like theirs is rare. He was lucky to find Jessie once. No way will he lose her again.

I thought Denault did a terrific job of showing the heroine’s pain over her ex’s manwhorishness. 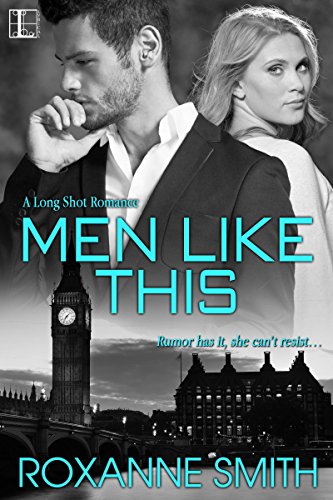 From the Jacket Copy:
Can she trust a man who pretends for a living?

Horror author Quinn Buzzly knows all about the dark side, but when she meets actor Jack Decker, she’s moved to explore something completely different—at least on paper. With his sexy good looks, intriguing manner, and charming Irish-tinged English accent, Jack is the perfect model for her next hero. Quinn decides to spend one year in London writing a historical romance inspired by him. Until real life butts in…

Jack’s jealous ex-fiancée sparks a media storm when she accuses him and Quinn of having an affair. But Jack knows how to play this game. At his insistence, Quinn agrees to go along with the faux romance until the chatter subsides. Then they’ll stage a quiet breakup and go their separate ways. Yet Jack is a shameless—and irresistibly convincing—flirt, and Quinn has to remind herself it’s an act. Or is it? If Jack means business, he’ll have to find the words to convince a wordsmith that their love is the real thing…

One reviewer said she struggled to connect with the main couple and the choices made by them. 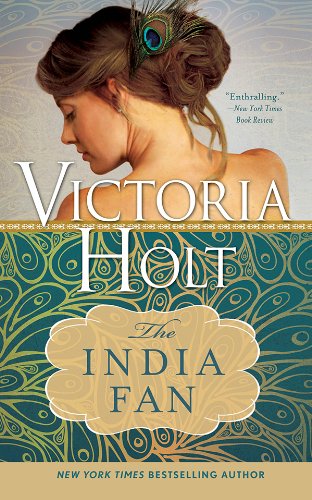 From the Jacket Copy:
A parson’s daughter, Druscilla Delaney is enthralled by her wealthy, glamorous neighbors-the Framlings-and their handsome son, Fabian. They gift her with a priceless heirloom, a beautiful fan that brings with it a terrible curse.Beautiful as its peacock feathers may be, the priceless fan hidden deep in the Framling mansion has a legacy of death and destruction. And Druscilla has no idea she’s been marked by its curse.

But the fan’s dark past might prove less of a danger than Fabian Framling himself. Dark, brooding, and dominating, will he be the one to save her from the fan’s cruel fate…or cause her demise?Including elements of historical romance and romantic suspense, The India Fan is a spellbinding tale from the Queen of Gothic Romance. Fast-paced and gripping, fans of Georgette Heyer, Mary Stewart, and Daphne Du Maurier will be awestruck by this Victorian gothic thriller complete with romance, murder, and mayhem.

Other Titles from Victoria Holt
Pride and the Peacock: To secure her inheritance, Jessica Clavering agrees to a marriage of convenience, but will her handsome new husband’s desire for her ever surpass his obsession with a famously cursed opal?
The Shivering Sands: Caroline Verlaine’s sister has gone missing and no one can tell her why. The only option is to go where Roma was last seen-an estate with a deadly history.
The Time of the Hunter’s Moon: According to legend, a girl will see her future husband at the time of the hunter’s moon. But when the handsome stranger revealed to Cordelia Grant disappears after an all-too-brief encounter, she has to wonder: Was he merely an apparition…or something more.

One reviewer said “As mentioned by another reviewer, the romantic male lead is absent for most of the book. The book really focuses on the relationship between Drusilla, our protagonist, and her frenemy Lavinia. Their relationship spans around two decades from when they meet as very young children until both of them are in their 20s. Drusilla is smart, practical, and plain. Lavinia is beautiful and foolhardy. In modern terms, they would be described as somewhat co-dependent. Lavinia gets into scrapes, and Drusilla helps her get out of them.”