the “Cliff Notes” version of my review

For starters the heroine, Whitney Vidra, is a nasty piece of work: self-absorbed, manipulative, bitchy, and oh so superior to all the lesser beings around her. I endured page after page of her being a she-dick, waiting in vain for her to be redeemed. The hero, Matt Fuller, is a nice enough guy although he’s a bit on the dull side and not like any actual guy I’ve ever met. Matt puts up with Whitney’s drama-rama crap because, well, I don’t know because why. I couldn’t understand why he didn’t dump her and find a nicer girl-friend. 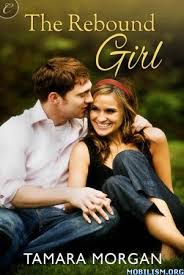 And then–poor Ms. Morgan just had the bad luck to have me, a plastic surgeon’s wife and co-owner of his practice, review this book–the heroine is a plastic surgeon. A nothing-like-the-real-thing plastic surgeon. This book makes error after error about plastic surgery, surgery, and private practices. And I gotta say, I don’t understand why Ms. Morgan made her heroine a plastic surgeon because the heroine clearly disdains her field. Why pick a profession you then portray with scorn? Furthermore, if you’re going to trash an entire medical discipline, at least figure out what its practitioners actually do.

Also, the ending is silly.

It’s entirely possible you meant for this book to be tongue in cheek. It didn’t read that way to me. I didn’t find it funny; I found it annoying. I give it a D.

the extended release version of my review

I did not enjoy your latest Carina Press release The Rebound Girl. The book was a failure for me on several fronts.

Whitney Vidra is a plastic surgeon recovering from being dumped by her world-famous, third world-children-fixing plastic surgeon boyfriend, Dr. Jared Fine. Whitney feels she gave up several years of her life following Jared into the wilds of Guatemala where he fixed cleft palates and cheated on Whitney, then a nurse, by “plowing an anesthesiologist.” (Nice.) Whitney, in a time-frame that seems unlikely given how long it takes to become a board-certified plastic surgeon (ten to twelve plus four years of undergraduate education), returned to the States and became a plastic surgeon herself. It’s a profession she seems exceedingly ambivalent about. As she describes her post-Jared career choices,

She was on to bigger and better things.

Well, maybe not bigger. The fellowship at Temple University she’d turned down had been pretty big. And not everyone in the medical community shared her belief that the term better applied to her chosen focus on boob jobs and liposuction in place of more sedate medical care. But this was her life, her rules.

As the book begins, Whitney is hanging out in a bar in the town of Pleasant Park, PA thinking dismissive thoughts about its patrons. She recently relocated to Pleasant Park to open an medical spa but really doesn’t think much of the town.

Whitney had known coming in that her new life would take a little getting used to. That was kind of the whole point. Take one part upscale Pennsylvania borough, add three parts big-city beauty professionals. She, Kendra and their third partner, John, were practically their own bad joke: a chubby plastic surgeon, an overeducated esthetician and a hirsute massage therapist walk into a bar…

The move had been a long time coming, of course, and she didn’t mean to sound ungrateful. It was just that she’d somehow failed to realize that setting up their medical spa in an upstate outpost meant living in an upstate outpost—complete with an agonizingly slow nightlife and guys like awkwardly conversational elbow patches over there.

Whitney may joke that she’s chubby but that’s not how she sees herself. She thinks she’s hot as hell and any guy lucky enough to get his hands on her curvaceous form should realize his extraordinary luck in doing so. On the night in question she is approached by cutie-patootie Matt whose wilder brother is grinding on the dance floor with Whitney’s friend Kendra. Matt charms Whitney with his whimsical conversation and the two go out for pancakes. Over the maple syrup Whitney tells Matt–he’s recently divorced and new to dating–he’s hit the jackpot. She’s going to be his rebound girl. When Matt asks her what that is she says,

I don’t want you to buy me a ring. I don’t want to bear your children. I don’t even want to be your girlfriend. All I want is you and me and as much sex as we can possibly squeeze into the four hours before dawn.”

“Oh, Matt. Poor, sweet Matt. You have no idea. You’re obviously one of those men built for monogamy and the kind of love that lasts until you’re wrinkly and don’t remember where you put your teeth—which of course means that you’re completely wrong for the bar scene and for women like me.”

“Then why would I go home with you?” The rational part of him warned him to cool off and back away. The still mildly tequilaed part of him, the rigid stirring in his groin—they had plenty to say on the subject.

“Because,” she said with painstaking calm, “you can’t start a long-term relationship until you rebound, and believe me when I say I’m exactly the kind of girl you want in the interim. I’m an exceptionally good lover. And commitment makes me itchy.”

Matt, who really is just the cutest thing–he’s a kindergarten teacher to boot–manfully tells her no. He’d love to date her but casual sex isn’t his thing. This doesn’t deter Whitney. She shows up at his workplace–which is, of course, an elementary school–and, after insulting two of his students’ mothers, propositions him again. Ultimately Matt agrees to date Whitney and to offer her access to his johnson as long as the two don’t actually have sex. It’s completely unclear to me why Matt wants to date Whitney because she is mean-spirited, overly critical of just about everyone, and stupendously self-absorbed. I have this feeling you were trying to make her seem empowered which she is. But empowered doesn’t have to mean egotistic. I’m all for strong women. I’m down on super bitch.

It’s not just me who thinks this. Whitney’s arrogance and dismissive attitude toward the plebeians of Pleasant Park causes the town officials to be “unhelpful” (think the DMV on an average day) to her as she tries to open her spa. (The way she does this has no bearing on what a physician would really do when starting such a practice but I haven’t gotten to that criticism yet.) Kendra and John keep trying to work around Whitney’s bratty behavior but the people of Pleasant Park aren’t especially interested in working with them.

As Whitney and Matt indulge in heavy petting, Matt falls for Whitney. She’s nothing like Laura, his demure, faux-helpless wife who cheated on him but now wants him back. In fact, Whitney’s nothing like anyone Matt has ever met. Perhaps that’s her appeal; again, I didn’t get it. For her part, Whitney refuses to fall for Matt. She doesn’t do love and even though he treats her like a queen she rebuffs his efforts to turn their relationship into something lasting.

It’s hard to root for a relationship when one half is toxic. I wanted better for Matt. He might be boring but he’s a hell of a nice guy–kindergarten teacher!!–and he deserves better than Whitney.

Matt and, surprisingly, Jared are the only genuinely likable characters in this novel. They also must share the same kind of crazy because Jared sees the error of his ways and comes to Pleasant Park to woo Whitney back. It’s  too bad  both Matt and Jared are straight because I’d have preferred them to have a Happily Ever After while Whitney whined at their reception. (It’s possible my Whitney-hatred colored my perspective here.)

I also have to ask: why on earth is Whitney a plastic surgeon? Not only is this book filled with snarky digs at the profession, it also, repeatedly, factually misrepresents plastic surgery. If any plastic surgeon approached medicine, patients, or establishing a practice as does Whitney they’d be disbarred. Now, I acknowledge I have a stake in this–my husband is a plastic surgeon, now in private practice, and I, in part, manage his practice. Prior to being in private practice, my husband was at a major medical center where he headed up the Cleft Palate team, so I’ve seen pretty much every aspect of the field. Please don’t misunderstand me–I’m not defending every aspect of plastic surgery. I wasn’t bothered in this book by all the snide asides about the field; I was bothered by the fact that most of them were made by Whitney. Why have a heroine who has so little respect for her chosen field? It made her even less admirable.

The Rebound Girl was, for me, a unenjoyable read. I give it a D.