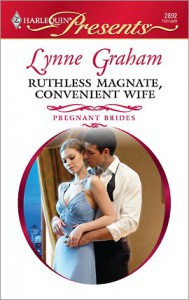 When I start reading this book I was pleased to see that it was a billionaire from some other region than Italy, Greece, London or Spain. Instead we are treated to a Russian billionaire. I have fond memories of Russian billionaires. One of my favorite Lindsay books is Secret Fire. I know I probably shouldn’t confess that given that Secret Fire is about a Russian prince who kidnaps an Englishwoman, whom his loyal servants subsequently drug with a powerful aphrodisiac forcing her to suffer the sexual attention of said Russian prince until said drug wears off. But, I digress.

While Sergei Antonovich is just as arrogant Dimitri Alexandrov, the story doesn’t have quite the same charismatic pull. Sergei loves only one woman in his life and that is his grandmother. She is getting older and longs for Sergei to to bring her grandchild.

Wanting to grant her this wish and desirous of having an heir, Sergei employs his vast network of employees to find a woman of suitable intelligence, background, and morality who will, for a sum of money, bear him a child and then leave. Alexa poses as her twin sister Alissa and applies to be Sergei’s surrogate and fake wife for a year. Only for some reason, Alexa decides she would rather marry a different man named Henry and tells Alissa that Alissa must fulfill the contract because Alexa has spent all the money.

This is quite the ridiculous setup. Alexa is cartoonishly villainous. She lacked only the long handled mustache to complete the picture although I could hear the vaudeville music in the backgrond. Alexa is vain, spendthrift, and dishonest. She lies about everything and Alissa, the fatter twin, has to pick up the pieces of Alexa’s messes. Yes, I said fatter because Alissa is less beautiful than her identical twin because she dresses poorly and is slightly heavier. ::cue the rolling of eyes::

Sergei is so talented. He could tell by a picture that Alexa wouldn’t have been an appropriate person to carry out the contract and decides on the eve of the wedding to abandon his scheme. However, when warm, kind Alexa shows up in Alissa’s place, Sergei changes his mind. He’s enraged, however, to find out Alexa and Alissa have switched places. Alissa must fulfill the terms of the contract or he’ll sue them both for fraud.

In this story, Alexa is really the alpha asshole to Alissa’s doormat heroine position. Alexa is constantly so awful that you really have to wonder at what kind of person Alissa is to allow herself to constantly be used in such a horrible fashion. At some point the character goes beyond doormat into masochism. Even after she discovers that she has to bear a child to the stranger and leave the child with him, she is still too weak to stand up to her sister.

Alissa is everything that is good and pure and right in the world. She doesn’t want fancy clothes or expensive jewelry. She only wants to support her dear mother. I guess the Bible is right. The meek will inherit the earth. Sergei’s not a terrible guy but he’s not got much depth. Probably he and Alissa belong together.

I’m still wondering why Alexa wanted old Henry when she loved the lucre that Sergei had. D