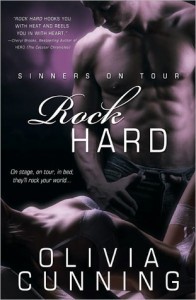 I’m certain that the book was laughing at me from the minute I started it.  We meet our young couple, Sed and Jessica when Jessica breaks the good news that she go into law school.  The two are engaged to be married after dating for four months.  When Sed objects that he can’t afford law school for her, Jessica is unworried.  She will get “scholarships, grants, waivers” and that she only has to come up with $3,000 a semester.  Cue hysterical laughing by me and every other poor schmuck who has went to law school. I believe that the average cost of three years of law school is a couple hundred thousand, but hey, let’s not let reality get in the way of a good story.   Unfortunately Sed doesn’t want Jessica to go to lawschool.

“You’re not going to law school. You’ll be far too busy keeping me entertained in the bedroom. When that gets boring, you’ll popout five or six kids and take care of them while I tour with the band and make us all rich and famous.”

Jessica is crushed and aghast:

That was his big scheme for her life? Was he fucking kidding her? “I’ve dreamt of being a lawyer since I was a little girl, Sedric. I am going to law school. And you’re not telling me how to live my life.”

Fast forward two years later. Sed’s band is getting to be famous and Jessica is fending off a lecherous Dean and trying to grapple with the fact that one of her law professors hates her for doing something law students are supposed to do.  To wit, examine case law and tear it apart.  But really, why focus on getting these details correct when it provides the basis for Jessica’s next move?  Right, because she refused to take out loans and her scholarships, grants, waivers won’t cover the entire amount of money needed to pay for school (which is $8,000), Jessica decides she will strip.  It won’t have any bearing on her ability to have a legal career post school.

It just so happens that Sed and his bandmates are going to a strip club one night and Sed finds Jessica there.  Sed can barely believe it.  He’s crushed too.  Sed has spent the last two years nailing everything that moved in an effort to heal his broken heart.  Sometimes, he can barely get it up unless one of his bandmates is watching.  Or someone is watching. Sed’s attitude is truly cavalier.

In the dimly lit bedroom of Sinners’ tour bus, Sed gazed down at the bombshell blonde. She pressed her unnaturally firm breast into his arm, a coy smile on her hot pink lips.
“But Sed, the show’s sold out.” She pouted and placed a presumptuous hand on his belly. “Don’t you have some extra tickets?” When he didn’t respond, her hand drifted toward the low waistband of his jeans.
These chicks were all the same.
“I might.” Sed rubbed his jaw. He needed to shave before they headed to the club for his lead guitarist’s bachelor party. He had a few minutes, though.
“Can I have them?”
“Depends. What will you give me in return?”
Her hand gripped his waistband and she jerked him toward her. “I’ll suck you off.”
They never offered to do his laundry.
Sed fished several condoms out of his pocket and examined them. “I’ve got cherry or piña colada flavored.”

Once Sed has seen Jessica, though, it takes more than one groupie to make him happy.  Back to the strip bar, Sed sees Jessica and tries to haul her off the stage. His bandmates and he get into a huge fight with the bouncers.  One of the bouncers takes an aluminum bat to the back of the guitarist’s head.  (This is vitally important).  So Jessica gets a job working for Myrna, Sed’s bandmate’s new wife.  Myrna has a doctorate and is studying groupies and is willing to pay Jessica $10,000 for two months of data entry work.  Who knew academic research paid so well?

While Jessica is in the tour bus, broken hearted Sed comes in with three groupies and despite being totally in love with Jessica, he hauls the three groupies to the rear of the bus.  Now this tour bus has seen so much action that its more toxic than the Playboy mansion whirlpool tubs.  I felt like I should be wearing a condom just reading it.  Thankfully Sed uses a condom when he is with his groupies. And what is even better is that Sed is a conservationist.  When Jessica bursts into the room with the three groupies going down on Sed and proceeds to take their place, Sed doesn’t even change his condom.

Hell, he hadn’t even respected her enough to change into a new condom before thrusting into her body.

Isn’t that awesome of him? I thought so as I shuddered and crossed my legs. Update: I forgot to add the most important point and that is not a few pages later, Jessica and Sed are going at it without a condom because Sed assures her that he is safe. So is she. SAFE?

Now this all may make it sound like Sed is a bad guy and Jessica is the hurt party here.  But no! They are equally unlikeable.  Whenever Sed is down, Jessica verbally kicks him in the face by telling him that he is worthless to her as a human being and she’s only using him as a toy, even after he professes to have some feelings for her.  Because Jessica doesn’t believe in Sed’s feelings for her nor does she want to be dependent or needy.

The outer door opened. Closed. Had he really abandoned her? Just because she’d called him a toy? Was that really all it took to hurt him? Too easy.

Maybe if that confusing sentiment had been the core of the book and the parties had grown from there, this would not have been the shambles it was.  Instead, the plot of the story revolved around the baseball bat hit that the guitarist suffered. I guess it was set up for the next book in the Sinner’s series, but it was odd that so much time and attention was paid to the guitarist’s issues that had nothing to do with bringing Sed and Jessica together or driving them apart.  It had nothing to do with their character growth (had there been any).  You could have removed the entire part of the story relating to the guitarist and its absence would not have been noticeable. In fact, I could have done without this reference:

Jessica?s curiosity stirred. “How did Trey lose his virginity?”

“There’s nothing wrong with older women,” Myrna said defensively. She patted Trey’s hand again. “Besides, it?s sorta sweet that his grandmother’s best friend helped him out.”

He gasped, his thrusts faster but not as deep. “Jessica,” he whispered. “Oh, Jessica. Yes, baby. Squeeze me. I need it. Ungh.”
…

Ungh.  Really? Ungh. The conflict between Jessica and Sed crescendoed (had to avoid climax and head here) when Jessica’s potential legal career is placed in jeopardy because of the constant public sex she likes to have.  And whatever Jessica’s childhood dreams may have been, she is quick to shuttle them aside.  All Jessica and Sed really do is fuck, mostly in public places, and then get upset about the aftermath, and say mean things to each other. These mean things are driven by insecure and immature misunderstandings.  I have no confidence that Jessica and Sed won’t break up a million times before one of them dies of a drug overdose or a plastic surgery gone terribly wrong.  I guess if a reader is looking for fan fiction of Brett Michael’s Rock of Love, they should look no farther. Strangely, while these rockers may love kinky sex, exhibitionism, and groupies, they are not into drugs or alcohol.  D