I bought this book because I have read several about a male singing star but not a famous female one and I wanted to see how successful the reverse worked. Erika Fenn is an American based pop star who retreats to England, her homeland, for a mental health break. There she runs into an old lover, Aiden Thirstan (an unfortunate name because I kept thinking of Thurston Howell from Gilligan’s Island). Aiden and Erika connected before she became famous but their budding romance was cut short when Erika caught Aiden with another woman. Aiden confesses that he sought out other women because the strength of feeling he had for her scared him. 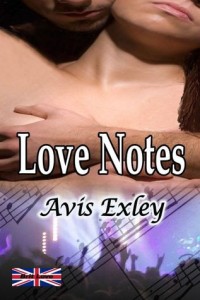 Erika’s heartbreak translated into albums of winning material and she catapults to fame. while the other rock romances I’ve read feature a successful male artist making offers the non famous heroine can’t refuse, there is no role reversal here. Instead, Erika is portrayed as an emotional fragile woman who is so weak that her life is totally run by her manager. He dictates what she eats, with whom she associates, what she sings, where she stays, whether she drives. The only thing he doesn’t do is beat her, yet essentially that is how she is portrayed – the quintessential battered woman. Problematically, I don’t think the book recognizes this is her portrayal.

Aiden approaches Erika at her retreat with evidence that he has obtained through illegal hacking (don’t even ask) that her manager has been systemically cheating her and ferreting away money in off shore accounts. Lucky for Erika her money isn’t spent like most embezzled funds are. Aiden arranges for Erika to meet him in London to go through more evidence, introduce her to a bevy of lawyers, and assist extricating her from her manager.

This process is stymied by Erika’s own passivity and unwillingness to stand up to her manager. She won’t or can’t even obtain a phone on her own or use the hotel’s phone or anything. Her inability to think on her own or act on her own isn’t ameliorated through the story. Erika, sadly, just trades one controlling man for another. But apparently because Aiden loves her this will all turn out.

Aiden is a complete mystery as a character. He is wealthy. He is apparently magnetic. He has a hard time keeping his dick in his pants. He’s been stalking Erika and obtaining a lot of information about her illegally. Other than that, I didn’t know him at all. He was a placeholder character and I guess the reader inserts her own creation to her liking?

I found the story to be very dull as opposed to angsty and I found myself bored by Erika’s predicament. There is quite a bit of push and pull between Aiden and Erika as one wants to move forward, the other would retreat. Rinse and repeat ad nauseum. Erika does grow somewhat of a backbone toward the end of the book, but I felt it served to emphasize Aiden’s fraility, his inability to be without a woman for any period of time. Maybe if Erika had been even the tiniest bit more proactive, this would have worked for me but she was about emotionally and intellectually mature as a five year old. And that might be an insult to five year olds. D