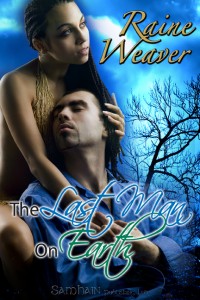 It has been a long time (or so it seems) since your last release and I have anxiously awaited it. The result may be a case of missed expectations. This book had a fun premise but was weak in the execution.

Best friends, Iris and Russ are snuggled up together on Halloween watching movies when an Emergency Broadcast Alert goes out, the satellite service dies and then the power goes. Soon after the phones are dead. If you were the last two people on earth, wouldn’t you repopulate?

Ivy, despite being friends with Russ for decades and knowing how attractive he is to the opposite sex, has never had one thought of Russ as a sexual creature. Or so we are led to believe. Ivy is an unreliable narrator, even in her internal monologues which creates enormous inconsistency in her story. I think the unreliable narrator only works if narrator is incorrectly observing that which is around her and not her own personal feelings.

Russ, on the other hand, has been in love/lust with Ivy for decades and has taken no action. His thought process is flowery and doesn’t come across in masculine tones. At some point, it seemed like you recognized this and made an effort to make Russ seem mannish, but the transitions were awkward and choppy.

He watched her from behind, already imagining what it would be like to get his hands on that tempting tush, to feel her feverish against him, to savor her mouth, rather than resign himself to the usual friendly peck on the lips.
Russ took a deep breath, trying to control himself. If he wasn’t careful, she’d wonder why he was already hard enough to cut diamonds.

In another scene, he describes himself as overly aggressive yet nothing about the way that the character written suggests he is assertive. Instead, it shows him waffling and weaving and generally being the passive person he denies.

Iris is the aggressive one in this story, initially, and I usually like that. The problem was that the way in which the story was written, where the emotions of the character flipped with nearly EVERY point of view change, the characterizations seemed very contrived. She goes from one minute not seeing Russ as a sexual being to the next as being someone who is frightened of being the last person alive to stripping off Russ’ clothing and going down on him.

While I appreciated the setup and the friends to lovers theme, this story didn’t work for me on any level. I never felt emotionally engaged with the characters. I found their love story to be contrived. Russ didn’t seem very masculine to me and Ivy had more emotional character changes than Elton John concert costume changes. D.

This book can be purchased in ebook format.

→ Jane
Previous article: Being an Asshole, Liar Does Pay; at Least at Lonely Planet.
Next Post: REVIEW: Shaking off the Dust by Rhianna Samuels