I had not planned to read this book. I kind of recoil from the blend of paranormal mysticism and romantic suspense. For some reason these blends don’t appeal to me even though I have read and enjoyed them in the past (Dream Man and Now You See Her by Linda Howard, for example, are favorites of mine). However, Wicked Pixie alerted me to Mandi’s review on Goodreads and that she had DNF’ed the book because of the racial slurs that peppered the story. Mandi took some grief for this review and you came in to say that the voice behind the racial slurs died just a few chapters into the book, as if the dying of the character washed away the offensiveness of the book. I was curious enough to find out for myself what would justify the use of repeated racial slurs in a contemporary genre fiction book and thus bought this book at the indecently high price of $9.99. 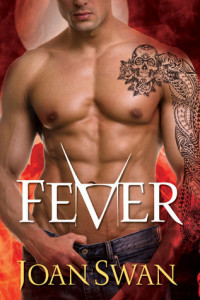 I recognize that by writing this review, I will be propelling sales to those who are curious, just as I was curious but I want to talk about the book and the uses of the racial slurs and thus even though I find the book troublesome and offensive, I think the inadvertent promotional benefit is worthwhile.

Teague Creek was convicted of the brutal murder of his girlfriend, a DA who was investigating a series of arsons. (Pay no attention to all the legal errors such as the DA doing the investigating that a fire cop would do. I’m not sure that this book contains even one correct legal representation). It was posited that she figured out it was her paramedic/firefighter boyfriend and he killed her to silence her.  Teague breaks out of prison during a medical visit with the help of another prison, Taz, a member of the Aryan Brotherhood.  The two take a hostage, a woman named Alyssa Foster. Alyssa is a mix of heritages.  She identifies with no particular race and the only reason that the reader knows she might have some non Caucasian blood is that she becomes the target of a variety of racial slurs from Taz.  He calls her a dink immediately.  The first four chapters of this book are a barrage of racial terms and racial stereotypes.  Luckily for me, the book moves beyond that once Taz is dead, but for the first 80 pages or so you don’t go three pages without something offensive being slapped in front of your face.  The following are the excerpts with corresponding page numbers (according to my Kindle copy).  I am putting everything in a spoiler code (except for you RSS readers) because the racial slurs are so numerous and so offensive that I think that they could be considered triggers.

The sadly ironic part is that the next two hundred pages are incredibly boring. The two talk, drive, talk, eat, talk, kiss, drive, and end up at a cabin.  Teague isn’t supposed to be much of a talker but the two seemed to have non stop repetitive conversations and internal monologues about how angsty their situation is.

Alyssa’s initial representation is contradictory and relies heavily on the romance reader’s assumption that all heroes are intrinsically good.  In other words, Teague who has the tattoos of a member of the Aryan Brotherhood such as a swastika and other symbols of hate on his body; who hangs around with a man who uses the worst racial slurs possible; who  has threatened Alyssa at every turn to do her harm; to kill a cop, a child and a woman if she doesn’t cooperate with him; who has placed in her harm’s way repeatedly; who has essentially ruined her career by helping to plant evidence that makes her look like an accomplice, is really a good guy.  When Alyssa voices her physical desire for this racist murderer as she defines him, we are supposed to nod our heads at her good taste.  When Alyssa doesn’t trust him and treats him with doubt, we are supposed to be chagrined at her inability to see through all the superficial bad things to the truly heroic guy underneath.

This book asks the reader to buy into the idea that Alyssa should instinctively know that all these bad things are merely acts and a true heroine would recognize the decency and humanity behind the swatiska emblazoned escaped felon/convicted murderer. About 40% in, Alyssa notes “There was a lot of good in this man, more good than she’d seen in most men.” and I couldn’t help but think that Alyssa must know really horrible men if Teague is the guy she think is better than most men.

Teague and Alyssa have a dilemma. In order for the happy ever after to occur, Teague must be exonerated from his crime; solve the mystery behind who framed him; and repair past sundered relationships.  Teague wants to do none of these things and although he has no money, he is intent on doing things his way which would essentially mean life on the run for him and his child.  Alyssa wants to do things a different way.

Here’s what struck me the most after thinking about this book for a while. The Aryan Brotherhood character’s dialogue is crafted with such attention to detail. Some of the slurs were so obscure to me I had to google them. Others were all to painfully familiar. This was a throwaway character who dies in Chapter 4 and then only two passing references are made to him throughout the rest of the book. Teague supposedly hooked up with Taz because Taz had outside contacts, ones that were willing to help him, but those contacts never come looking for Teague and Taz.  Never.  There is never any repercussions for Taz dying.  He was, literally, a throwaway character one whose deletion from the book would not have affected the plot arc in any fashion. You could have replaced him with anyone and the story would have remained much the same.  Additionally, it did appear that Teague had at least one friend on the outside who may have been willing to help him.

Contrast this to the legal aspect of the book. The hero is a convicted murderer. In order for a happy ever after to occur, the conviction has to go away. There are ways for this to happen but not in the way that is described in the book. I’m not sure how much legal research was done for the story, but I wondered if there was even one legal detail in the story that was correct. The ending was almost comical in its improbability.

There were other important inconsistencies. For instance, at one point Teague points out that he is totally broke and cannot afford any more appeals. Earlier in the story, however, Teague uses a credit card to do a cash balance transfer of $5,000 to Alyssa’s account to implicate her heavily in his escape.  Where did he get the credit card?  Was it just lying dormant for 3 years?  I thought he has spent all his money in pursuing custody while in prison!  (Yes, he pursues custody of his child while in prison and is devastated when he loses). And then he, a firefighter/paramedic, asks Alyssa what PTSD is:

What the hell is PTSD”

There are almost no details given regarding the hero’s paranormal ability which consists of primarily being able to burn things with his hands and heal things (mostly cauterization but also reversing his burns). Throughout the story, this paranormal element is never explained and used in the most shallow of ways. He alternately burns and heals Alyssa and uses his high internal energy to hot wire about five cars. That’s it.

This is a Brava and I did think the story would be more spicy than it was. The story contained two full sex scenes and one was fairly tepid. It’s definitely not overly spicy. I wasn’t convinced of the chemistry between the two characters. Alyssa was constantly ruminating about Teague’s amazingly hot body but that seemed about it. Oh, and she noticed how, once he had showered all the blood off him, he looked “cleaner,more human.” Those powers of observation are keen.

These words are hateful and harmful. Why are they used? What do they add to the story? I wished some editor at Kensington had taken a step back and asked these questions.  This is no Huck Finn comparison. In the first place, the use of racial slurs in Huck Finn were period appropriate. Those terms, unfortunately, were used in regular commonplace vernacular. The use of these types of slurs today get people fired, even if they are used accidentally.

This language added nothing to the story other than to be shocking and offensive. Maybe people who have never been the subject of racial slurs don’t recognize how harmful these words could be but people whose business is made out of the use of words should recognize their power.

I’m not saying that racial slurs should never be used in literature or even genre fiction like romance, but I do believe that when you go down that route, there should be a good reason for their use.  There was no good reason for the barrage of hateful words used by a character that is non essential to the storyline.  I’m giving the book a D because I feel I may be overly biased due to the racial slurs.

→ Jane
Previous article: If I Had to Pick My Top (Current) Thirty Favorite Historical Romances….
Next Post: Must have Android Apps (non-reading)