This book came up on a list recommending New Adult books.  It features a young female protagonist on the cusp of her majority and a young male protagonist attending law school.  Rowan has won a prestigious ballet scholarship to the University of Michigan which will free her from her abusive and poverty stricken home if she can survive the last months of her senior year. 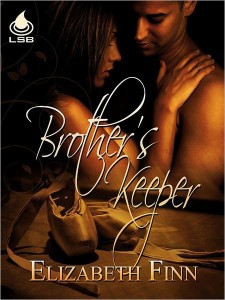 Her father is a drunken abuser and while Rowan has been able to manage to avoid major harm at his hands by learning his tells and avoiding him during his most inebriated state.  Rowan found shelter in the home of her best friend, Sara Harrington.  Sara’s older brother, Logan, has been the object of Rowan’s secret crush for some time.

Unbeknowst to Rowan Avery, Logan has feelings toward Rowan but has worked to suppress those feelings. After all, she is only 17 and she is his sister’s best friend. Furthermore, Logan has signed an employment contract with a firm in Colorado.  (Yes, I know, this is highly unusual for lawyers and law firms as most lawyers aren’t bound by a non compete because they are considered unethical per the Model Rules of Professional Conduct and even though this provided a significant source of conflict, I tried very hard not to let it affect my enjoyment of the story).

I liked the voice in this book but it is heavy on the internal monologue and while written in the first person present tense, it often narrates events in a summary fashion. Except for the sex.

When Logan is called by Rowan to come to her aid after a nasty encounter with her father. Logan extracts a deal with Rowan that she will come and stay at his apartment any time that she feels endangered.  Their closeness makes their unspoken attraction rise to the surface.

There is a forbidden aspect to this romance not just because of Rowan’s age (although he does wait until she is 18 to have sex with her) but also because Logan has a girlfriend who is conveniently presented as a trash talking, unfriendly bitch, and because of Rowan’s friendship with Sara. Logan, for all his decency, does emotionally cheat on his girlfriend and actually never has the decency to break up with her, choosing to blow her off when she called and eventually she stopped calling.  For some readers, the fact that this unofficial breakup occurs before Rowan and Logan have sex may be more palatable. I still thought he was a cheater.

Rowan is a virgin and Logan decides that she will remain one given that he is leaving her for Denver in a few months. So they do anything but which is kind of ridiculous.

The alternating point of view was used effectively and it was full of angst.  I wished that the feel of the book had more immediacy given that it was written in the first person present tense.   Additionally, I was surprised at how poorly edited this book was, despite that it was from Liquid Silver Books.  The word “taught” was misused throughout. It was misused so often that I began to doubt my own usage of the word and had to look it up.

I should add that I bought my copy at BooksonBoard with a copuon and it cost me around $3.50 which was $2 cheaper than at Amazon.  Given the accuracy issues, the grammatical and editing errors, and the lack of effective use of the present tense, I am giving this book a D even though it’s more readable than the grade suggests.