REVIEW: A Reason to Breathe by C. P. Smith

I understand that this is some sort of homage and I’ll tell you I picked it up on the strength of Goodreads recommendations and Amazon message board posts because it was billed as a sexy romance featuring an older couple in the vein of Kristen Ashley. 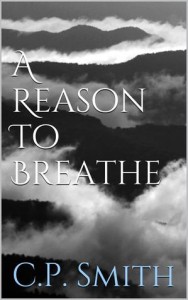 The problem is that the heroine is one of the dumbest women I’ve had the misfortune to read for a long time. KA’s women aren’t dumb.

The book starts out introducing us to Jennifer Stewart, a lifestyle reporter for a tiny Colorado town. She’s never been a reporter before but she starts insinuating herself into a serial killer crime in her new town. And apparently Jennifer is the most intellectually incurious person ever because she learns when she is researching serial killers by reading newspaper articles that serial killers like to collect trophies. Seriously, you would have to avoid all books, movies, and television shows to not know that this is a trait. Later on she learns that killers have profiles and promises to pass that two old guys (Ben and Gerry) have created. Opening then closing my mouth, it occurred to me that, that wasn’t a half bad idea. If this guy had a type, then we could figure out who in the county matched it, and feed the info to Jack.

That Jennifer thinks that Jack is so incompetent that he needs a lifestyle reporter along with two guys who have no investigative experience to create a suspect list isn’t cute or endearing; it’s insulting. Worse, it makes her look so incredibly foolish.

After a couple of run ins with the Sheriff (one which includes one of Sheriff Jack’s castaway women), Jennifer fears a disturbance, calls 911 and repeatedly asks for Jack to come. Why again? It’s not like she has had any positive connection with him, yet she thinks she should call up 911 in the middle of the night and beg and plead for the Sheriff of the county to come and get her?

At 9%, after two so brief encounters that you’d be barely able to call Jack and Jenn acquaitances, Sheriff busts into her house, saves her from some intruder (which I question was even there) and we get this ridiculous internal dialogue:

I took a step back as her head buried in my neck, and I’ll be damned if that didn’t wash right over me and settle warm in my gut, as the word “Mine” rang in my head. I didn’t hesitate; I wrapped my arms around her and buried my face to her ear and whispered.

While there weren’t any obvious misspellings, dialogue was rendered difficult to read because the action after the dialogue was often by the person NOT speaking. Frex:

“Just Jack , remember?” I smiled at that; he’d remembered this afternoon.

“So how’d it go with Naomi? You guys back on again?” He grinned slowly, and then shook his head.

Yeah, the first sentence is by the Sheriff and the second sentence is Jenn but it’s hard to tell when you are reading. I had to read it twice to make sure. This type of action after dialogue occurs a lot.

“I can be a bitch; I can eat up balls, spit them out and then trample them with my boots.” Jack’s eyebrows shot to his forehead.

Then there are the mangled sentences such as “Learning long ago that women liked to flirt and not to take offense, even though he was eating with me, it didn’t stop these women from trying to get his attention.”

Conflict was stupidly inserted because Jennifer gets  mad that the Jack the Sheriff wants her to back off her stupid investigation. She tells him that no one tells her what to do, making her look like she’s twelve instead of thirty nine.

“Jenn, research on serial killers doesn’t mean making a suspect list; that shit will get out. You and the boys back off and let me do the investigating, you hear me?”

I narrowed my eyes at Jack, and my best “excuse me” look, but of course he didn’t even flinch. I appreciated his concern , but he couldn’t dictate what I could and couldn’t do. Jack watched my reaction, and his face got hard, as well. In a staring match, Gerry chuckled and broke my concentration, saving Jack from the daggers I was spearing him with. I looked at Gerry and bugged my eyes at him; he patted me on the shoulder then turned to Jack.

But Jack seems to spend more time kissing Jenn on public sidewalks than investigating the fact that three women in his county have been killed, probably by the same man. Where’s the urgency, Jack? I mean, other than in your pants?

The whole idea that Jennifer, a newbie to the town, is fueling a serial killer’s madness and that every male over the age of eighteen is trying to engage Jack in a flesh colored sword fight renders the story farcical.

The actual relationship parts of the book aren’t bad, minus the insta-setup. It was the ridiculous romantic suspense element that undermined all the advances that were made by the emotional connection between the characters. I felt like Jenn got stupider and stupider as the book went on, placing herself in frequent situations where she needed to be saved.

The insertion of past relationships coming to haunt Jack seemed out of place as well. Dialogue like this did little to elevate the story:

“Baby, go to my office, I’ll be there in a minute.” Jenn looked at me with huge brown eyes, then nodded and headed down the hall.

“BABY! Did you call her Baby? You’ve never called me anything but Babe,” she shouted trying to pull her arm from mine, as I walked her to the front of the station.

While there were some parts of the book that were readable, a lot of the story had me cringing in a bad way. D.

→ Jane
Previous article: What Do Readers Want?
Next Post: Daily Deals: A thought provoking YA, an Australian set chick lit, Brothers of the Old West, and a freebie short story collection