This week we discuss Bridgerton in five posts. You can find the first two here:

Janine: In many ways Simon and Daphne’s courtship played out similarly to a lot of romance novels. It’s tropey—we have the heroine needing to choose among her suitors, the hero who spies her in the garden being harassed, the instant sparks-flying dislike that turn to greater and greater attraction, the fake dating, a duel the heroine rushes to prevent, the scandal that leads to hasty marriage. 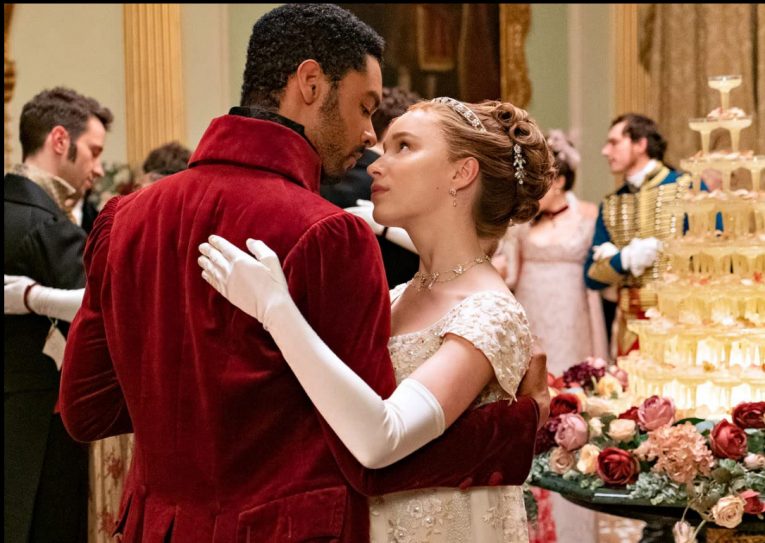 Most of this was well-executed. Page and Dynevor have good chemistry and I really liked the fake dating (not usually a favorite trope for me). Page was so charming in that section of the show. It was interesting, too, how they kept secrets from each other—each wanted the other but felt they couldn’t have the other person (Daphne because she didn’t think Simon wanted her, Simon because he knew Daphne would want kids). The actors did a good job here.

The narrative centers on Daphne more than on Simon. The focus is on whether she will win him, whether she will lose him, then whether she can win him back. It’s never about whether he will win her, lose her, or win her back. He is the object to be won or lost; she is the epicenter of the show. This is true of a lot of romances and it works here, up to a point. But as the show proceeded, I liked Daphne less and less, and I think that this was part of why.

I roped my husband into watching the show with me and he said Phoebe Dynevor is better at playing unhappiness than joy. Dynevor is very good at minute changes in expression that convey a lot. There is a delicateness to Daphne. Her choices, such as the focus on marrying well, are in line with a traditional ideal of femininity. However by the end my impression of her was that she was a spoiled and overprivileged girl. I’ll get into that in the other half of our Simon and Daphne discussion, which runs tomorrow.

As for Simon–I could look at Regé-Jean Page all day, and not just because he’s gorgeous. As an actor he can go from fun to angry to hurt. I noticed he acted with his eyes a lot. He could light up the room by crinkling them. He was the one who brought the charm and sparkle to Daphne and Simon’s courtship. Dynevor is a good actress in many ways but she didn’t have that kind of delightfulness. 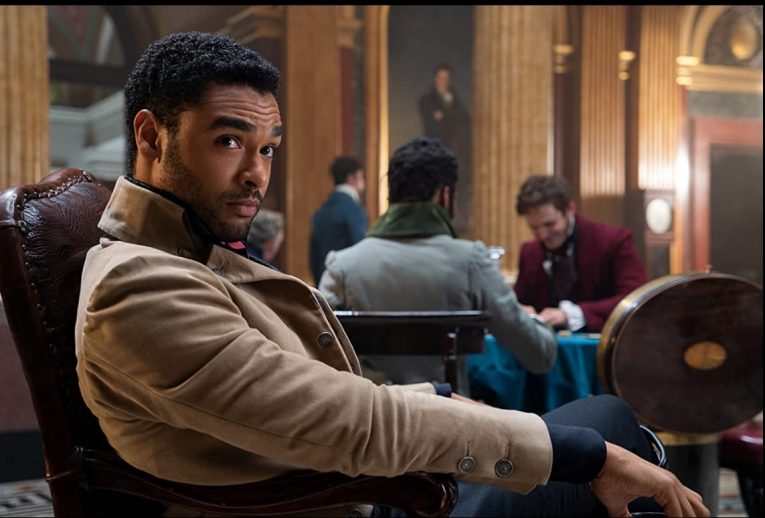 Page made Simon likable even when he was determined not to marry Daphne. I thought the way he dealt with Daphne in their courtship and their marriage was more than fair. In fact, I’d say his innate sense of fairness was possibly his most appealing characteristic for me. He was the essence of a kind and honorable man.

However, I never totally bought his backstory. Simon’s father was relentlessly cruel but it seemed like refraining from having children with the woman he loved was an unconvincing overreaction, particularly since he loved kids. His father was in the grave and there was nothing to hold Simon to his vow. Even if we set aside the historical reasons why dukes were expected to reproduce, it doesn’t make a lot of sense. Regé-Jean Page and Adjoa Andoh did their best to sell the way his father’s past actions impacted Simon in the present; this was a flaw in the writing, not in the acting.

Layla: You’ve made so many good points about how conventional the love story is in this section of the story. Daphne was an interesting and complex character, and I think it is difficult to think of her as relatable—after all she is the Queen Bee (without the meanness) but there is a smug acceptance of her popularity and her position as a “Flawless Diamond” that I disliked.

She’s like Regina George from Mean Girls but less pretty and more dutiful. She is an exquisite doll—beautifully dressed and coiffed and always so elegant and pretty but ornamental without depth. At least that’s how she starts out—I agree that the actress who is playing her has a limited range. She has a youthful delicacy married to a willful strength of purpose that did work, however.

I understood why she longed for Simon but I never understood why Simon longed for her—outside of her innocence, her delicate prettiness, and her family, what did she offer? I don’t think that someone beautiful and conventional necessarily has to be lacking depth or be boring as a character—I think for example, showing her with her family more, or showing her having a deep friendship, or a cause, or any kind of intellectual interest would have made her a thousand times more interesting to me. 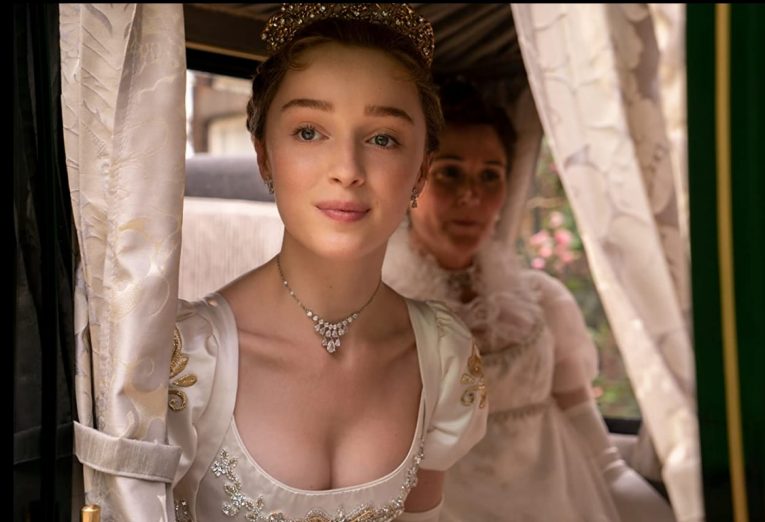 Marina, who is beautiful and unconventional, by contrast, is attractive because of her strong opinions and her passions. What does Daphne have a passion for? Being successful on the marriage mart, that’s it. And that’s not compelling enough for Daphne to carry the show.

Simon—what a beautiful man! Regé-Jean Page has a very magnetic smile and sensual energy and he steals every scene he’s in. He’s not only physically beautiful, but he’s smart, funny and charming. His sad back story gives him hidden depths and his race and trauma diminish that sense of arrogance, entitlement or privilege that other men of his class have. I loved his male friendships with Will and Anthony, his respect for Lady Danbury and his budding friendship with Daphne. He comes across as genuine and warm and caring. I agree about his past—it didn’t justify his behavior and he didn’t seem to be that traumatized by it to me.

Our discussion continues with Part IV, where we address Daphne and Simon’s marriage (including that scene) as well as about Anthony.