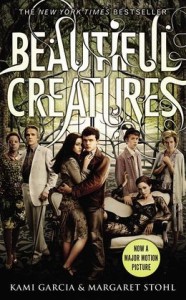 ‘Die Hard’ Box Office Solid Over Presidents Day Weekend; ‘Beautiful Creatures’ Bombs – “Making a weak debut at No. 6 was the Warner Bros. teen fantasy “Beautiful Creatures,” which pulled in $7.5 million for the weekend and $10 million since opening Thursday. The movie is based on the first in the best-selling series about a Southern misfit (Alden Ehrenreich) who falls under the spell of a teen witch (Alice Englert).”  There have been dozens of YA novels optioned for film but the disaster that is Beautiful Creatures may put many of these projects on the back shelf. For those unfamiliar with the process, a production company can buy a time option or the film rights to a book. But until that option is assigned a director and there is actual money behind the project, the book remains a book only. Huffington Post

Best Buy online Price-matching policy permanent to stop ‘showrooming’ – “Best Buy’s Low Price Guarantee hits online and in stores on March 3, signaling the end of “showrooming.” Best Buy will price match all local retail competitors and 19 major online competitors in all product categories and on nearly all in-stock products, whenever asked by a customer.” Target is also doing this but in order to get the price match, you have to go to customer service instead of through the regular check out line. Plus, Target is moving toward selling a lot of house branded items making the price matching more difficult (because they won’t have the same products). Best Buy also has a number of house branded electronics and in order to get the price match, you will have to be buying the same exact television or other electronic. Oftentimes, Best Buy will carry a slightly different brand than another store. BGR

Maker’s Mark learns a painful social media lesson, won’t dilute bourbon – Maker’s Mark announced last week that it would be watering down its bourbon to meet demand. The demand rose up and said that this was a horrible idea and now Maker’s Mark is backing down. The 84 proof Maker’s Mark will be stopped and production will start up again on the 90 proof bourbon. Quartz