Eleanor & Park by Rainbow Rowell $ 1.99 From the Jacket Copy: Bono met his wife in high school, Park says. So did Jerry Lee Lewis, Eleanor answers. I’m not kidding, he says. You should be, she says, we’re 16. What about Romeo and Juliet? Shallow, confused, then dead. I ... more >

Update on the closing of Harlequin Blaze / Harlequin Historical

Harlequin Blaze will be published until June 2017. All Blaze titles will continue to be available for purchase at Harlequin.com and digital retailers (hence no rights reversion). Harlequin is opening a new line: Harlequin is thrilled to announce the launch of a new sexy, contemporary series in July 2017.  After ... more >

5 Things That Keep Me Reading: How to Catch the Editor’s Eye During the #HWBlitz By Claire Caldwell, Assistant Editor—Harlequin Heartwarming

JanePublishing Newsauthor / HarlequinComments Off on 5 Things That Keep Me Reading: How to Catch the Editor’s Eye During the #HWBlitz By Claire Caldwell, Assistant Editor—Harlequin Heartwarming

Do you have a clean, contemporary 70k-word romance up your sleeve? From April 4th to 22nd, Harlequin Heartwarming will be accepting submissions for the #HWBlitz. All entrants will receive editorial feedback by May 20th, and if we like what we see, we just might request your full manuscript! So ... more > 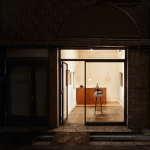 Monday News: A singular bookstore, 50 Shades lawsuit damages, and the whiteness of publishing

Arlington woman wins $11.5 million in Fifty Shades of Grey lawsuit?- Jennifer Pedroza, the Texas woman who claimed that Amanda Hayward unlawfully excluded her from profits for the three Fifty Shades novels, which were originally published through The Writer’s Coffee Shop, which Pedroza and Hayward ran, along with another ... more >

Today Harlequin and Sarah Morgan are bringing you an insider’s look at the next holiday-themed story from Sarah Morgan. When I visited the Harlequin headquarters in Toronto, I was amazed at all the various members of the staff who are involved in the creation of a book. The time that ... more >

Update on the EC lawsuit

JaneMiscElloras-CaveComments Off on Update on the EC lawsuit

As you might have heard, I settled the EC lawsuit. I want to set the record straight on a few things regarding my September 16, 2014, post about Ellora’s Cave. I made some errors and want to correct them: 1. Tina Engler has represented that she has not purchased a ... more >